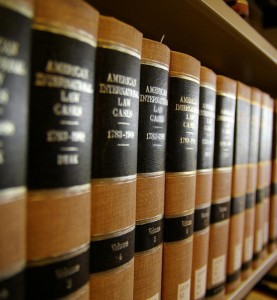 Opus Law International combines both Thai licensed and English qualified lawyers that strive to provide professional, efficient, and affordable services for all of our clients. Our team comprises of a UK consultant with over 30 years experience as Solicitor of the Supreme Court in England and Wales and an English-speaking Thai licensed lawyer with over 12 years experience. Their practice areas include, but are not limited to, visas and immigration, property, litigation, family and children and business services.

We promise to provide a free initial interview at our office. If you require us to see you away from our office, we reserve the right to charge for travel expenses.

We promise to provide full and transparent information about our competitive fees and to update you about any potential changes to your case.

We aim to give clear and concise advice and assistance with realistic prospects of success in any litigation case. If we do not believe we can assist with your case, you will be told so at the earliest possible time.

We promise that you will be able to be seen by an English speaking lawyer.

Philip Sweeney qualified as a Solicitor in 1980 and practiced in West Yorkshire. He was the Senior Partner of Opus Law (a Legal 500 firm) with offices in Bradford London and Birmingham, dealing with all Serious Fraud and Complex  Crime and Regulatory matters until his retirement as a Partner in 2014. He as a Solicitor gained his Higher Rights enabling him to appear in any Criminal Court throughout England and Wales. He is retained as a Consultant Solicitor to his firm in England. He commutes between Chiang Mai and Bangkok on a regular basis.

Wirun Suwanno has had legal experience both at home, in Thailand, and abroad. He attended Thammasat University, where he gained his Bachelor’s degree in Law; and obtained his LLM (Master of Law) in Commercial Law from the University of Sheffield, a top ranked law school in the United Kingdom. In addition to being a licensed Notarial Services Attorney, he has extensive experience in criminal and civil litigation – more specifically, commercial legal matters (BOI and Transnational Company Share Purchase Agreements) that would be beneficial knowledge for any expatriates with businesses in Thailand. Suwanno has been a licensed lawyer in Thailand since 2002.

Pongpat commenced his career as a Legal Officer for the Council of State. Later he was assigned to the Secretary of the Legislation Draft Committee providing law drafting services and legal opinion to the Cabinet and Government Organisations. From 1982-2007 he worked as a State Attorney for the Attorney General's Office. During this time he obtained two Master's Degrees in Law, one from the USA and a PhD from Maghad University, India. In 2007 he transferred to the Ministry of Justice and held key positions such as the Director of Legal Bureau, Director of Information Technology, Chief Knowledge Officer of the Ministry, Thai delegate to the UN Convention against Corruption, Member of Legal Advisory Boards to Government organisations. He retired from Government Service in 2014. He is now a part time University lecturer and Legal Adviser to two International Law firms.

Our Areas of Expertise

Overstays in Thailand and What It Could Mean For You

by psweeney  Comments (0)
Over the last few weeks, the Thai media has been covering stories about a kind of ‘crackdown’ on foreigners and overstaying their visas. This is in preparation of what people are referring to as “D-Day”...
21Jan

Buying a Condo in Thailand

by psweeney  Comments (0)
For a foreigner, buying a condominium unit in Thailand is one of the most simple forms of acquiring ownership interest in Thailand real estate. In general, foreigners are not allowed to acquire or own a...

Opus is a Law Firm based in Bangkok but providing both a national and an international service for both the Thai and the Foreign community.